Rachael Cerrotti was a college freshman when she first came to Israel on a Birthright trip. Shortly thereafter, back in Philadelphia, she and her grandmother - Hana Dubova - started sitting down for what they called "storytelling sessions." The result was a ten-year-long journey in which Rachael retraced her grandmother's steps during, and in the wake of, WWII.

Hana Dubova was born in Kolín, Czechoslovakia, in 1925. Her granddaughter Rachael Cerrotti was born in Boston in 1989. But the unusual bond they share transcends both time and space.

In the summer of 2009, Rachael – an aspiring journalist – began documenting her grandmother’s story. She heard tales of growing up in Prague in the 1930s, of first loves, and – of course – of Hana’s many travails during WWII. Later that summer, Rachael moved to Jerusalem for a junior year abroad at the Hebrew University. There, outside the Mount Scopus dorms, she met Sergiusz Scheller, a Polish exchange student who dreamed of becoming a diplomat. Little did she know that it would be Sergiusz, a Catholic from Poznan, who would become her closest companion in uncovering her grandmother’s Holocaust story.

This episode is the first episode-and-a-half of a truly gorgeous documentary podcast, “We Share The Same Sky”, created by Rachael, together with Erika Lantz. It is much more than an intimate family history; it masterfully weaves together thin threads of different stories about love, loss, and being a refugee. The series follows two young women, separated by two generations and world of circumstances, who – for entirely different reasons – had to get up, leave their homes and search for a sense of belonging. It is a dazzling, devastating and deeply hopeful journey. You can download the entire series here and here.

“We Share The Same Sky” was produced for USC Shoah Foundation. It is their first podcast. Every episode comes with classroom-ready materials and lesson plans, developed by Echoes & Reflections. Hana Dubova’s story is one of nearly 55,000 testimonies of Holocaust and other genocide survivors and witnesses in their archives.

The end song, “Mi’Ma’amakim” (‘From The Depths’) is by Idan Raichel. 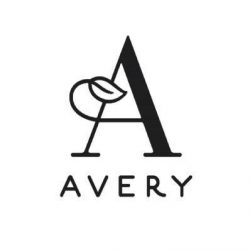 Avery publishes books in the fields of accessible science, health, psychology, wellness, and cookbooks from cutting-edge experts.  Among its award winning publications is Sababa by Adeena Sussman, named a best Fall 2019 cookbook by The New York Times and Bon Appetit Magazine. Sababa shares the vibrant flavors of Israeli home cooking in all its staggering, delicious variety.