“The Wall” Part IV – This Wall is My Wall

In its final installment, our 'Wall' series comes full circle, back to where we began - the Kotel. But this time we won't be meeting Holocaust-survivors-turned-Palestinian-housewives. Instead, we will meet Jews who - in the name of their Judaism - have set off on a lifelong crusade.

Walls can make us feel safe, warm and protected. But that’s also their greatest danger. After all, walls can cut us off from what is going on outside, and hiding behind them can give us a false sense of security and stability. Throughout this series, we’ve tried to open up windows in the walls that make up Israeli society. And that’s a tricky thing to do, really. You need to make sure you don’t damage the foundations that keep us bonded together. But you also need to be ready to see your neighbor, and let your neighbor see you.

Act I – This Wall is My Wall

In today’s episode, Zev Levi takes us to the heart of one of the most hotly contested issues among worldwide Jewry. He tells the story of two tough sisters-in-arms who – when faced with a new reality – had to choose between pragmatism and idealism. Shulamit Magnus and Anat Hoffman were among the founders of the Women of the Wall. And for the last thirty years, they have been fighting for the right to pray at the Kotel as Jewish women, just like the men do. Theirs is a public and legal battle for freedom of religion, freedom of worship and gender equality. But it is also, at the end of the day, about the way we imagine the magical experiment called the Jewish State. So who are these Women of the Wall? Modern-day liberators? Feminist agitators? Anti-feminist provocateurs? In this tale of determination, perseverance, betrayal and heartbreak, we’ll hear it all. 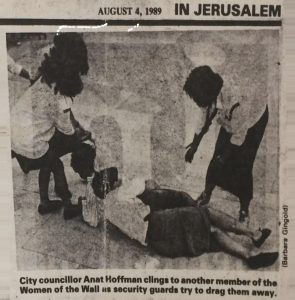 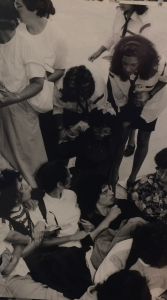 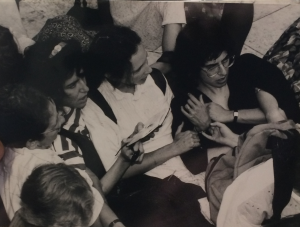 Joel Shupack and Yochai Maital scored this piece, with additional music from Blue Dot Sessions, Broke For Free and Peter Gresser. The end song, “A Wall That Has a Door” is an original song commissioned by Israel Story. It was written, arranged and performed by Ari Jacob, together with Dotan Moshonov, Ruth Danon, Eden Djamchid and Ronnie Wagner-Schmidt.

This episode was edited by Julie Subrin and Mishy Harman, recorded by Ben Wallick and mixed by Sela Waisblum. Thanks to Danya Kauffman, who first approached us with the idea of doing an episode about ‘Women of the Wall,’ and to Dana and Ronit Boytner, Cheryl Birkner Mack, Rene Feinstein, Leah Aharoni, Rabbi Nathan Lopes Cardozo, Susan Silverman and Liron Levi.