One hundred years after a single-page letter boosted the Zionist cause and changed the course of Jewish history, we go out in search of Balfour, and his declaration, in modern-day Israel.

On November 2, 1917, Arthur James Balfour – Britain’s mustached Foreign Secretary – signed his name at the bottom of a short, typed letter addressed to a shy banker-turned-zoologist by the name of Lionel Walter Rothschild. “His Majesty’s Government view with favour the establishment in Palestine of a national home for the Jewish people,” it read. In the century since that fateful day, those words have reverberated around the world. They’ve changed reality, creating national dreams on the one hand, and squashing political aspirations on the other. And, of course, they’ve been scrutinized, analyzed and debated from every possible angle. The Balfour Declaration, for better or worse, is still very much with us. In a special commemorative episode, we set out on a less-than-intuitive journey in Balfour’s footsteps.

Mishy Harman tries to learn more about the famous declaration and its legacy by talking to three Israelis who spend a lot of time thinking about Balfour: Anita Shapira, Mahmoud Yazbak and Nirit Shalev Khalifa.

Act I: Meet the Balfours

In London’s upper-crust circles, there are some people for whom Balfour is more than just a historical figure. He’s a source of pride, a daily presence, and… family. Danna Harman seeks out his living relatives, to get a sense of what it’s like to be a Balfour today. 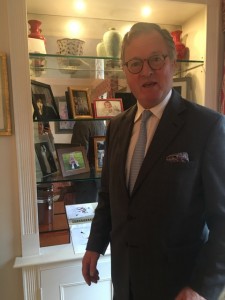 Act II: And the Lord Came Over with His Car

Tucked away between Nazareth and Afula, in the heart of the Jezreel Valley, Moshav Balfouria feels like a time capsule: Its forty-six agricultural farms haven’t changed much since 1922, when the village was established, and Balfour – its namesake – still looms large. Speaking to some of the Moshav’s old-timers, Zev Levi discovers a quickly vanishing Israel. 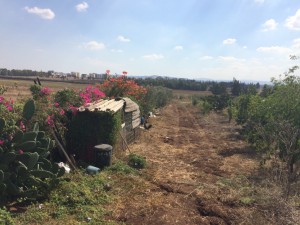 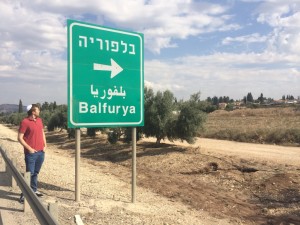 In April 1948, a few weeks before the establishment of the State of Israel, Ezra and Saida Chakak, a Jewish couple from Baghdad, gave birth to identical twin boys. A zealous Zionist, the dad decided that this was excellent opportunity to honor the movement’s towering figures. Almost seventy years later, Hannah Barg meets up with the twins, and finds out what it’s like to live your life as a walking symbol.

Act IV: Not Your Typical Landlady

When David Harman was eighteen-years-old, he returned to Israel to enlist in the IDF. Since the rest of his family was stationed abroad, he needed to find a place to rent. Lucky for him, a chance meeting with Golda Meir in Jerusalem’s Rehavia neighborhood landed him not only a room on Balfour Street, but also an opportunity to witness history in the making. 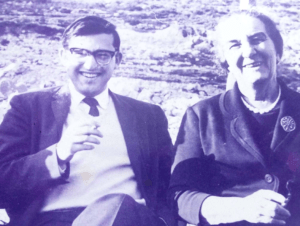 The original music in this episode was composed and performed by Ari Jacob, with additional scoring by Yochai Maital. The episode also includes tracks by the late Nachum Heiman. The final song, “Balfour“, is by Itay Pearl. The episode was edited by Julie Subrin, recorded by Shelly Dardik and Raphael Biberfeld and mixed by Sela Waisblum.

Best-Day Adventures offer specialized trips for active Jewish singles in their 40s, 50s and 60s. They plan their trips to a tee, with top-notch services, fun icebreakers, and an indulgence of enriching discoveries designed to create a warm, welcoming environment.