By the Rivers of Babylon

A century ago, close to one-third of Baghdad's population was Jewish. Today, just five Jews remain in the city. In today's episode, we explore the story of the Jews of Iraq, all the way from Nahum the prophet to a Jerusalemite grandma who became the unlikely champion of kidnapped Yazidi girls.

Jews first arrived in what is today Iraq in the 6th century BC, after the Babylonian king Nebuchadnezzar sacked Solomon’s Temple. It was from there that Ezra and Nehemiah led returning exiles back to Jerusalem. It was there that the Babylonian Talmud was debated, compiled and codified. And it was there, in 1941, that the Farhud – a violent pogrom – left hundreds of Baghdad’s Jews dead and thousands injured.

While there were many different phases in this 2600-year-long history, Jews knew numerous prosperous periods in the ‘land between the two rivers.’ There were Jewish politicians, jurists, doctors, businessmen. There was even a Jewish Miss Baghdad.

Today that community is all but gone.

Prologue: My Heart Is In The East

Mishy Harman talks to Edwin Shuker, whose family fled Baghdad in 1971, about his hopes for a new Golden Age for Iraqi Jews. You can learn more about Edwin’s story in the wonderful documentary film ‘Remember Baghdad.’

Act I: You Cannot Clap With One Hand

Producer Joel Shupack brings us a story of ISIS, of daring escapes, of volunteerism and of the endless limits of the human spirit. Oddly enough, it is also a story of the legacy of the Holocaust. While generations of Israeli high-school students have visited concentration camps and promised – in sincere voices – “never again,” a Jewish grandma from Jerusalem named Lisa Miara made “never again” the guiding principle of her life. It is a tale of one fearless woman who was compelled – because of what happened to her own people less than eighty years ago – to get up and act.

Ari Jacob wrote the original music in You Cannot Clap With One Hand. Joel Shupack arranged the music for the rest of the episode, and for parts of Act I, with music from Blue Dot Sessions. Hussein Ibrahim provided translation, and special thanks to Pari Ibrahim and Edward Watts.

Shai Satran and Mishy Harman edited the episode, and Sela Waisblum mixed it all up. It was recorded in Jonathan Friedlander’s ‘Quality Sound Studio’ in Jerusalem. The end song is a new cover version we commissioned of The Melodians’ “Rivers of Babylon.” It was recorded, arranged and performed by Shay Perry. 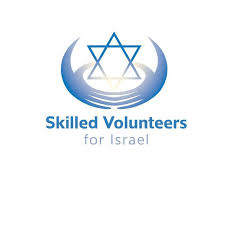 Skilled Volunteers for Israel is a U.S. based organization that places active Jewish adults and retirees from around the world as volunteers in Israel’s vibrant nonprofit sector. Learn more about how their programs match folks based on their unique capabilities in a wide range of nonprofits. Mention ‘Israel Story’ to receive a discount on the volunteer placement fee. 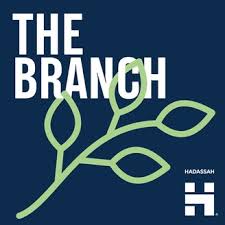 The Branch is a wonderful podcast that tells stories of everyday relationships between Israelis and Palestinians, Jews and Arabs, brought to you by Hadassah. Dina Kraft, their fabulous host, talks to regular people forging strong connections and having important, and often complicated, conversations about coexistence.