Israel’s ultra-orthodox community was hit twice during COVID-19: First, and in disproportionate numbers, by the virus itself, and then by a wave of anti-Haredi sentiment that pervaded the country. Here’s what it looked like from their perspective.

When COVID-19 first hit Israel, many of its epicenters were in Haredi, or Ultra-Orthodox, communities. More than one-third of coronavirus tests in Bnei Brak, for instance, came back positive. Some pointed a finger to the pervasive poverty and crowded dwellings, others to the packed yeshivas and mass prayers. And many pundits found an easy culprit in certain defiant rabbis who ordered their followers to ignore the public health guidelines and go on with life as normal. Before long, matters escalated, and with a climbing case count, the media reports became increasingly vicious, and a wave of anti-Haredi sentiment swept through the country.

In an attempt to stop, or at least slow down, the spread of the virus, the government deployed soldiers to Haredi cities and neighborhoods. These uniformed men and women recited social-distancing guidelines, told people to wear masks, dished out fines, and enforced strict curfews and lockdowns. But if you imagine soldiers and policemen chatting away with Haredim on street corners and sharing humorous Yiddishisms, think again. Many clashes ensued, and some of them turned violent.

In this unusual episode, we don’t tell the story of a central character with a clear plotline. Instead, we spent months collecting testimonies from everyday Haredi men and women who give us a glimpse into the sheltered world of Ultra-Orthodox Judaism.

Prologue and Epilogue: A Yiddishe Mama

Mishy Harman talks to two members of the IDF’s Home Front Command—a sergeant and a major. They discuss the army’s peculiar mission among the Ultra-Orthodox, widespread discrimination, and—of course—Yiddish.

A lot has been said about the Ultra-Orthodox community during the pandemic. But little has been heard from its members themselves. Yochai Maital and Marie Röder spent much of the lockdown on the phone, trying to connect with as many Haredim as they possibly could. The result is a unique collage of voices that take us into the typically closed world of Ultra-Orthodox society, and give us a sense of what it was like for them to contend with a double attack — that of the virus on the one hand, and that of the court of public opinion on the other.

The episode was mixed by Sela Waisblum. “Gevalt” was scored and sound-designed by Yochai Maital, together with original music composed and performed by Ari Jacob. The rest of the episode was sound-designed and scored by Joel Shupack with music from Blue Dot Sessions. The end song, “Keter Melukha” (“Royal Crown”) is by Ishay Ribo, and was written and recorded during lockdown. Thanks to Yoav Orot, Shlomo Maital, Dafna Bareket, Judah Kauffman, Yair Ettinger, Tony Felzen, Sheila Lambert, Erica Frederick, Jeff Feig and Joy Levitt.

Project Kesher is a non-profit organization that empowers and invests in women. They develop Jewish women leaders – and interfaith coalitions – in Belarus, Russia, Ukraine and Israel, deliver Torahs to women who’ve never held one before, broadcast women’s health information on Ukrainian Public Radio, and help Russian-speaking immigrants to Israel advocate for equal rights. 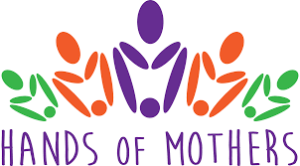 Hands of Mothers is a US non-profit organization that empowers vulnerable women in Rwanda through education and economic development. With schools in Rwanda closed due to the COVID-19 pandemic, Hands of Mothers is currently providing solar-powered radios to at-risk children, so they can tune in and access the Ministry of Education’s daily lesson broadcasts.