Not that long ago, an Israeli vehicle was about to change the world. But it didn’t. In today's episode, we find out why the Better Place electric car generated such excitement and inspired such devotion, and why its ultimate demise was so devastating.

In 2007, long before Tesla and Elon Musk became household names, a thirty-nine-year-old Israeli tech entrepreneur by the name of Shai Agassi came out with an announcement that rattled the world: He was going to revolutionize transportation, make countries oil-free by 2020, and curb the effects of climate change. Agassi hoped to put millions and millions of drivers, all around the globe, behind the wheel of an inexpensive electric car, with virtually unlimited range. And that, he told anyone who would listen, was going to make the world a “Better Place.”

Act I: A Better Place?

On a hot day of early summer, Brian and Jody Blum of Jerusalem drove their electric car to the local Renault dealership. This seemingly uneventful errand was, in reality, deeply symbolic. It represented the end of a dream—a dream that people like Bill Clinton and Shimon Peres believed was going to usher in a new global era.

Brian Blum is a Jerusalem-based journalist and author whose new book, Totaled: The Billion Dollar Crash of the Startup that Took on Big Auto, Big Oil and the World, chronicles the unraveling of that dream. 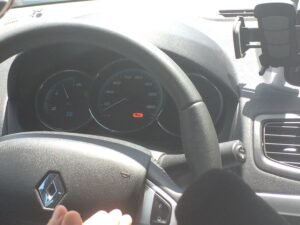 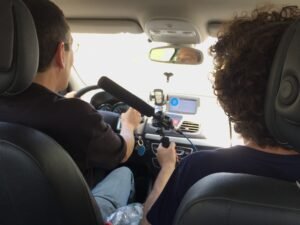 The music in this episode includes original tracks composed and performed by David Peretz, as well as music by Blue Dot Sessions, Jason Shaw and Audionautix, Kevin MacLeod and Royal Free Sound, Bird Creek, Twin Musicom, Chris Zabriskie and Bensound. The final song, “Mechonit,” is by Mashina. The episode was edited by Julie Subrin and mixed by Sela Waisblum. Thanks to Ruth Danon and Ronnie Wagner for music advice.

Amazing Journeys is a travel company offering group trips for Jewish Singles. Indulge your passion for discovering new destinations with like-minded travelers from around the world. They take the guesswork out of vacation planning, so all you have to do is sit back, relax and enjoy the journey!

Get $100 off your first amazing journey with the code Israel Story.

Talkspace is the online therapy company. For a fraction of the price of traditional therapy, you can pick an experienced, licensed, therapist you can relate to and feel comfortable with. Each and every therapist has at least a master’s degree and has completed over 3,000 hours of supervised work.

Get $45 off your first month with the code Israel.